Security Threat Levels with a Side of FUD

Today the SANS Internet Storm Center raised it’s Infocon Threat Level to “yellow” due to the recently announced backdoor in Juniper devices. I wouldn’t have even known this if someone hadn’t pointed it out to me and then I felt like I was in an episode of Star Trek. I kept waiting for the ship’s computer to make an announcement so I could strap myself into my chair.

While the level names are different, the colors seem to mirror the old Homeland Security color-coded advisory system, which was eliminated in 2011 due to questions over it’s usefulness.

According to a story on CNN.com:

“The old color coded system taught Americans to be scared, not prepared,” said ranking member Rep. Bennie Thompson, D-Mississippi. “Each and every time the threat level was raised, very rarely did the public know the reason, how to proceed, or for how long to be on alert. I have raised concerns for years about the effectiveness of the system and have cited the need for improvements and transparency. Many in Congress felt the system was being used as a political scare tactic — raising and lowering the threat levels when it best suited the Bush administration.”

I have a similar experience with SANS’ Infocon and the reactions from management.

Pointy-haired Fearless Leader: OMG, the SANS Infocon is at YELLOW!!! The end of the Internet is nigh!

Much Put-Upon Security Architect: Please calm down and take a Xanax. It’s just a color.

I’d like to propose a simpler and more useful set of threat levels with recommended actions. Let’s call it the Postmodern Security Threat Action Matrix:

Believe it or not, I actually like to educate my friends and acquaintances about technology. It makes my skeptical, shriveled, infosec heart grow a few sizes larger when I solve even the simplest problems, making someone’s life a little easier. So I was ecstatic to create and teach a free online-safety webinar for one of my favorite programs, AARP Tek Academy. While not as exciting as chasing down hackers or fighting a DDoS attack, it was a very rewarding experience.  And I didn’t have to argue with anyone about budgets or risk. So please share it with your Luddite friends this holiday season. 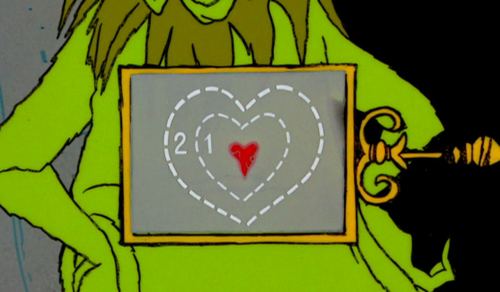 Why You’re Probably Not Ready for SDN

While it may seem as though I spend all my time inventing witty vendor snark to post in social media,  it doesn’t pay the bills. So I have a day-job as a Sr. Security Architect. But after coming up through the ranks in IT infrastructure, I often consider myself “architect first, security second.” I’m that rare thing,  an IT generalist. I actually spend quite a bit of time trying to stay current on all technology and SDN is one of many topics of interest for me. Especially since vendors are now trying to spin it as a security solution.

Software-defined networking (SDN) is still discussed as if it’s the secret sauce of the Internet. This despite Gartner placing it at the bottom of its Networking Hype Cycle due to “SDN fatigue” and the technology’s failure, thus far, to gain much traction in the enterprise.

However, the magical SDN unicorn still manages to rear its head in strategy meetings under the new guise of hyper-convergence and the software-defined data center (SDDC). This is probably due to IT leadership’s continued yearning for cost savings, improved security and the achievement of a truly agile organization. But is SDN, with its added complexity and startling licensing costs, really the answer?
You can read the rest of the article here. And yes, there’s a registration wall.